- November 16, 2022
16 November 2022 Dear friends, I am a Singaporean whistleblower who has refused to be silenced about misconduct and abuse of power at the National University of Singapore (“NUS”). I refused to be silenced, even after NUS threatened to retaliate against me. NUS then managed to win a case against me in the High Court of Singapore, in which NUS’s main witness against me repeatedly lied to the Court and thereby committed the crime of perjury. NUS’s court victory against me, in a judgment that is tainted with perjury, has provided NUS with the legal basis to bankrupt me. Now, NUS is in the process of retaliating against me by bankrupting me, which will force my employer to fire me, and which will make me legally ineligible to continue working in my current profession. All of this is because I dared to refuse to be silenced and stop whistleblowing about misconduct and abuse of power at NUS. This is a major national scandal, in which the current President of Singapore Management Universit
Read more

Police Investigation Into the Perjury of Lily Kong, President of SMU 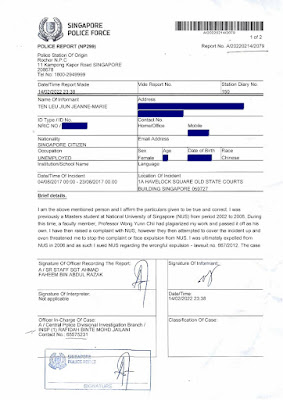 25 February 2022 I have been very troubled by the perjury committed by NUS witnesses in Court which happened during the trial of Suit 667. A lawyer agreed to look at the documents which prove that Lily Kong committed perjury. After looking at the documents, the lawyer, who gave me his advice  pro bono  (free of charge) agreed with me that the evidence of Lily Kong's own written words in her own email proves that Lily Kong lied in Court and committed perjury. The lawyer suggested that I should make a police report about Lily Kong's perjury, because perjury is a serious crime in Singapore.  I recently made the police report on Monday, 14 February 2022.  This was just after recent news reports have repeatedly reported how our political leaders have reminded us that perjury is a very serious crime, and that perjurers must be referred to the Public Prosecutor for criminal prosecution. See the police report here:           Needless to say, I had a right to expect that the police woul
Read more

What Would You Say If A World-Class University Puts Up Fake Information On Its Website About A Non-Existent Achievement??? 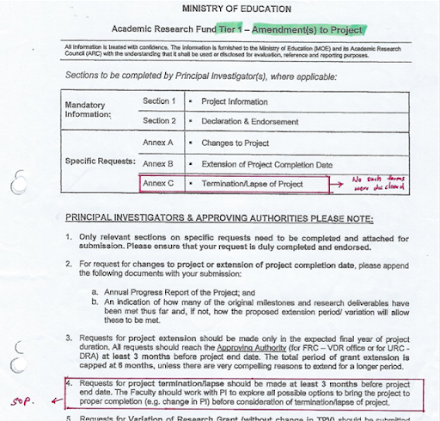 20 March 2021 Dear friends,   A number of people have asked me about Dr Wong’s project that was based on my MA Thesis – What happened to the project? – Was the project published? – Where is the project “now? ” Dr Wong’s misuse of my MA Thesis idea and content by attempting to pass off the fruits of my MA thesis project as his original research proposal, was after all, what triggered my whistleblowing on Dr Wong, and which led to my expulsion from The National University of Singapore (“NUS”) 18 months later in September 2006. I have been fighting for transparency and accountability from NUS ever since.   In summary, according to NUS in 2015, Dr Wong had actually “aborted” the project, although NUS was unable to provide documentation of the official termination of the project. There were so many twists and turns before this belated admission. By the time NUS made this admission in 2015, NUS had put up the information that Dr Wong’s project was “completed” for about four years on NUS’
Read more

I did Not Abscond With The $20k! I Am Still Pressing On With My Case Against NUS! 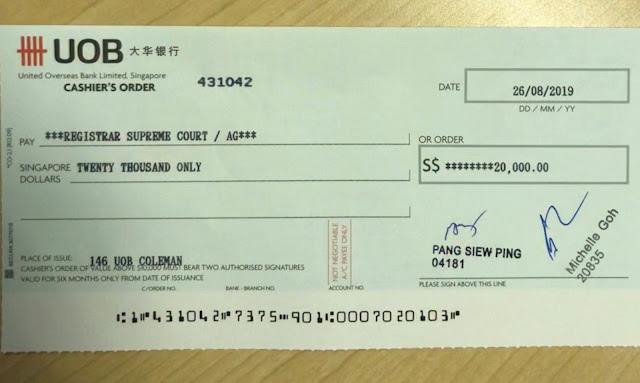 19 October 2019 No, I did not abscond with the $20k! I am still pressing on with my case against NUS!!! I was bewildered when someone wrote to me to say that he was told by a 3rd party that I had run away overseas with the $20,000 public donation that was meant to pay for the Security for Costs for the opposing party NUS (The National University of Singapore). The answer is of course “no lah!” Still pursuing #AccountabilityfromNUS . I am of course pressured by the fact that I can’t update on any forward movement regarding my appeal to the Court of Appeal. I have received questions from members of the public including the donors and my reply has largely been that “I am busy.” This however, is not a good answer for proper accountability if the delay is for an extensive length of time.  At this point in time, I know that the delay is going to be further extended, and I am kept away from dealing with the appeal matters against NUS. I feel compelled to give an explanation.  I had beg
Read more
More posts